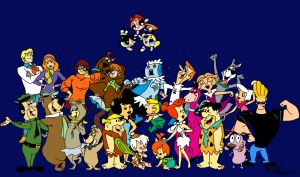 Everyone loves the old cartoons… especially me! From Scooby Doo to The Flinstones and Powerpuff Girls! These Cartoons live on even 25+ years before their time! For example: Scooby Doo was first aired in 1969 and bounced from different TV stations until 1991. Finally 20 years later in 2011 the new modern version of Scooby Doo came out. In short Scooby Doo is just one of the great examples of a cartoon that lived on through the years. Another wonderful example of a cartoon that lived on is The Flinstones. Now the Flinstones have been around since 1960. and in 1994 Flinstones the movie came out. Still, 21 years after the last Flinstones production people still are crazy about the Flinstones for instance the cereal Coco Pebbles is advertised by the Flinstones. In the world of cartoons there are many cartoon legends that the world will never forget, the memorable cartoons that everyone still knows about even 21 years after their last performance. So what do you think?